Insert Yourself With the Foot-in-the-Door Technique

“Excuse me, sir? I was wondering if you could help me with a small question.”

Columbo, the great TV detective, is the master of getting his foot in the door with a small ask from the murder suspect. Then, he builds up to a big one just as he’s about to walk away. Which could be called the “one more thing” technique.

But what we’re interested in right now is the Foot-in-the-Door Technique (FITD, for short). We want to find a way to insert ourselves into an audience to get a piece of their time, so we can ask that one small question. Then, hopefully, after gaining their trust, ask them a few more questions. “Um, excuse me, sir… but I just have a question.” (Photo Credit: NBC-Universal)

What Exactly is the Foot-in-the-Door Technique (FITD)?

Foot-in-the-Door Technique is where you’re able to insert yourself into a customer’s day with a small request. That increases your chances of being able to follow up with a bigger request later.

It comes from an old sales technique when people used to go door-to-door selling their wares. Ask your grandparents about it sometime. They’ll probably mention encyclopedias and vacuum salespeople. But salespeople often start with something like, “Do you have a minute or two?”

Once their foot is in the door (see what we did there), they’d go on to ask, “Can I show you this lovely product that will make your life easier?” And so on and so on.

A 1966 Stanford study (Freedman and Fraser) found that most people were willing to do something bigger each time after the smaller request. In the study, participants went from putting up a small window sign or signing a petition (small ask) to installing a large yard sign of support (large ask).

Making FITD Work For You

In the digital realm, you might start with asking customers to sign up for a free account.  Doing so will help create a bond between you and your customers. Because you’ve entered into a small agreement with them.

Sooner or later, your customer will justify their agreement, figuring that they like your product or service. That signing up does no harm and participating in your product benefits them. So when the next ask comes, they’ll be more obliged to do it.

There’s a reverse technique of FITD. It’s the door in your face (DITF). Now it might sound like someone slamming the door in your proverbial face, but it’s just going for the “no” first. That’s so you can get a “yes” later.

It’s reverse psychology in a way. You make a large request and they refuse. Out of guilt, the other party might be more prone to say “yes” to the next request. That request can’t be as large. Something a bit more modest and reasonable.

In doing so, you might even employ a bit of the Bandwagon Technique , where you appeal to a person’s FOMO.

Either way it’s important to know the subtle difference between FITD and DITF so you don’t end up shooting yourself in the foot before you get it in any door. Um… one more thing. Let’s look at using the FITD to get your target audience to complete an entire survey.

First, you’ll want to build that bond with your audience. You’ll want to state what the benefit they get for participating. Say for instance, you want to improve the user experience for power users. Then you’ll want to preface your ask with how that will make their lives easier.

Or you’ll want a wider net to reach a larger target audience. Maybe even one who hasn’t used your product.

Humble brag: Helio makes getting an audience easier since we use Helio Participants, who’ve been thoroughly vetted so they’re the exact target audience you need.

Your survey should start small. Maybe even just one low-touch question.

Option #1: Start Small, Draw Them In

You’ll want to start small, say with a binary question. Yes or no. Or you could even ask which do they prefer, Columbo or Murder She Wrote.

Something as simple as a “Have you ever encountered this problem before?” can kick off your survey.

This eases them in before you hit them with more detailed questions, such as multiple choice, etc. But this is one option for getting your foot in the door.

You can ask them an open-ended question that allows them to express their thoughts. After all, who doesn’t like to give their opinion on something. For instance, you could ask, “What’s your favorite episode of Columbo?”

Okay, fun aside, you could start with: “What has been your experience with [insert your product or service here]?”  Or “how important is [insert feature or product] in your life?”

But even starting off with a fun open-ended question is a good way to get them relaxed. Nothing says you can’t be silly in your surveys. Doesn’t have to be all business, just enough where it counts. So go ahead, ask ‘em their favorite Columbo episode.

Another option is to do a one-two combo of a quantitative question followed by a qualitative one.

For instance, start with something quantitative. You can have your target audience rank order their preference, out of a list of choices, say which features they like from most to least. Or rank their favorite of Columbo’s outfits (okay that’s a trick question, he only has one ratty suit and coat.)

Then follow up with an open-ended question to understand more about why they chose that order.

Now put the FITD to action for you. Use a small ask to gauge product interest with this Helio template. Measure demand and gather gut reactions to your product from real consumers all before committing to an expensive launch.

survey questions Foot in the Door Door in the Face Always Two There Are. A Product and A Customer.

Learning from customers doesn’t need to be a grueling, time-consuming process. Your trek through the Helio cosmos as you search… 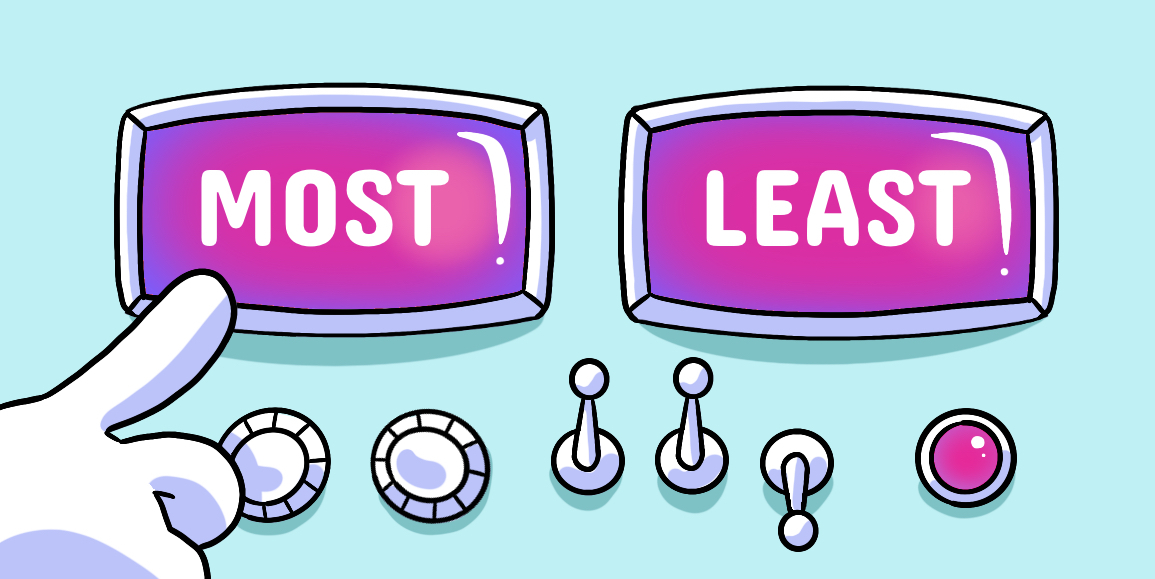