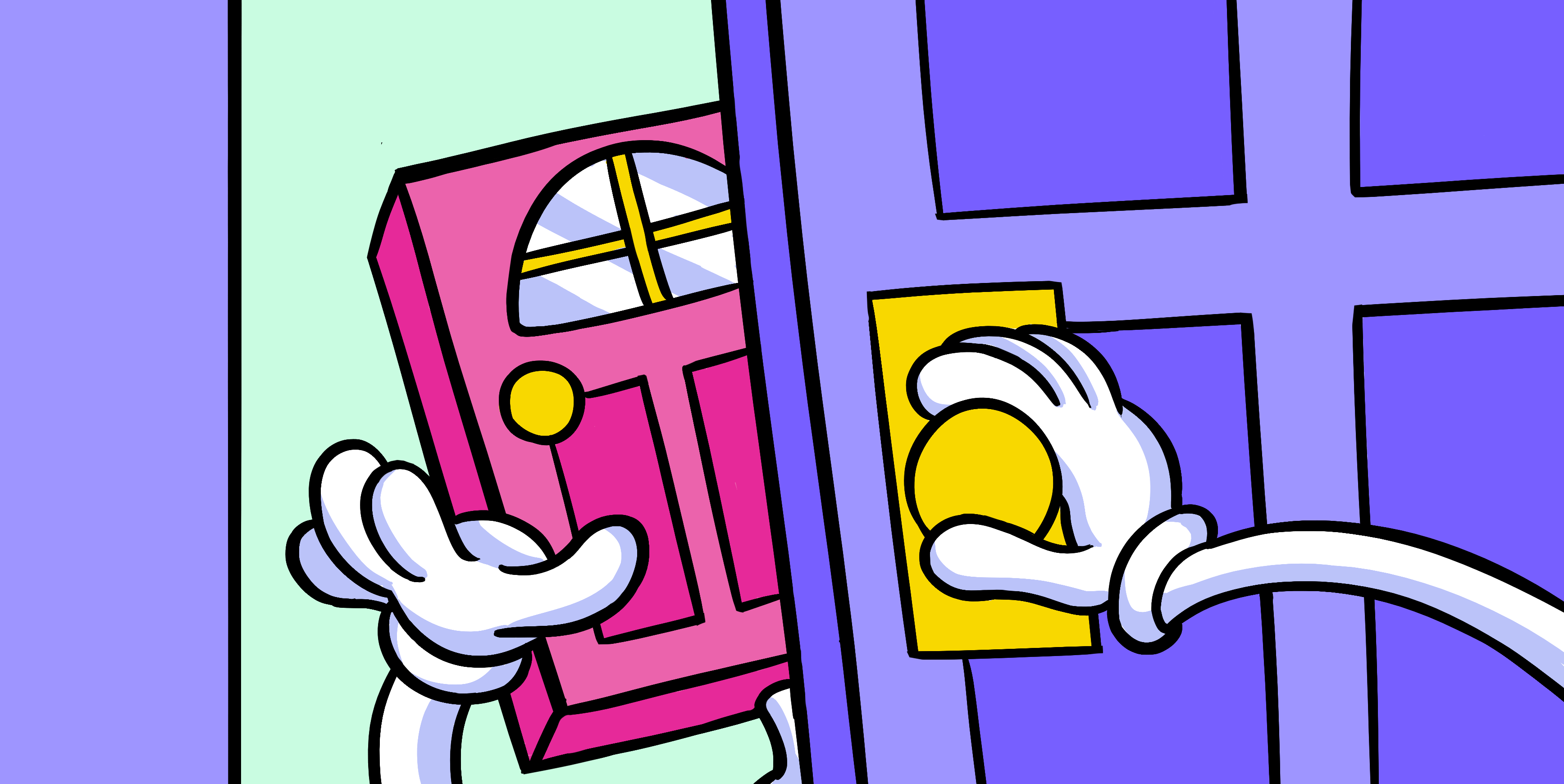 Having the great TV detective Columbo pursuing you is like being nibbled to death by ducks, said the actor who played him.

It’s surprising he didn’t get the door slammed in his face more often than not. Columbo’s suspect is about to slam the car door on him. (Photo Credit: NBC-Universal)

We talked about Columbo being a master of the Foot-in-the-Door Technique. But he really could’ve used the Door-in-his-Face Technique to his advantage. That’s where you make an unreasonable ask then follow with a smaller, more reasonable one.

It’s the reverse of getting your foot in the door and it’s something you can use to get your audience’s attention.

What Exactly is Door-in-the-Face (DITF)?

Door-in-the-Face (DITF) is a psychological trigger where you make an unrealistic and truly outrageous request upfront. That could get a door slammed in your face. But then you knock again and ask for something sensible. Usually, a person is more likely to agree to the smaller ask.

In one study, psychologists asked people to mentor prisoners for two years. They said no. Then asked another group of people the same question. Again, nope. But this time the psychologists asked to take kids to the zoo instead. This time, they agreed.

Like Foot-in-the-Door (FITD), DITF is an example of compliance psychology, where someone does something when asked.

Basically, these two techniques are the reverse of one another. DITF uses more reverse psychology, whereas FITD relies on inserting yourself an inch at a time. Small at first, larger as you go.

DITF is a guns blazing approach, where you come out of the gate with a large request. One that’ll certainly be refused. Then you make a small ask. Out of guilt, the person is more likely to agree.

So you’ll be shooting yourself in the foot first then getting a door slammed in your face to get what you really wanted in the first place.

How to Use Door-in-the-Face to Boost Your Conversions

DITF is an old school sales technique that you can use to boost your conversion rates. It’s common to find this in price negotiations.

You see this all the time at Comic Conventions. Walking the dealer’s room you’ll come across a vendor with a bunch of old action figures. You’ll see a rare Kenner Luke Skywalker figure. You ask the price and the vendor says, “$300.”

Give Them a Bargain Entertainment Business school uses the DITF technique for their classes.

Showing the total value for a product or offering then lowering that price is a great way to boost conversions.

For this, you’ll be using value-based pricing where you set the value of your service at the customer’s perceived value. In the image above, the value is set at an exorbitant price, then slashed to something more affordable, which can also be paid in installments.

With this, you’re creating a bargain for your audience that they can’t refuse.

Put the Door-in-Your-Face With Helio

The best way to tell if someone’s gonna slam the door into your face is to test it with a real audience with Helio. You can take your pricing strategy for a spin with our easy peasy template. Reveal how your customers feel about your product prices in order to know the real limits to their budget, thus confidently informing your pricing strategy.

Conversion Rates Foot in the Door Door in the Face Insert Yourself With the Foot-in-the-Door Technique

“Excuse me, sir? I was wondering if you could help me with a small question.” Columbo, the great TV detective,…